Top 5 Most Uncharted Places on Earth

Throughout history humans have done a pretty good job of exploring planet Earth, in fact it almost seems like a biological calling for most of us – from the early days when parts of this world were just being discovered, right through to the present where most of us get hit with the ‘travel bug’, an overwhelming desire to see the beauty of it all in person. Leonardo Da Vinci, the genius of the 15th century was a fore leader in creating detailed maps of strategic towns. He used just ink and paper and gave the maps to the leader of the time.

Fast forward several centuries more and Google has managed to map the entire Earth. A far cry from the original papers and pens, satellites, low flying planes and cars roamed almost every street taking footage, mapping coordinates and capturing all corners of the Earth. The technology we have today is astoundingly abundant, but the bottom line remains the same: humans want to explore this planet. Despite the extensive mapping and dedication to discovering Earth, there are still some places on this beautiful planet that remain largely unchartered. Thanks to that biological calling we mentioned earlier, we know that this fact excites fellow travellers and wanderlusts to the absolute core. These almost untouched places are just crying out to be explored. So what are they?

Lake Vostok is the world’s largest subglacial lake; located under a 3.7km thick glacier, Lake Vostok was not discovered until the early sixties by a Russian pilot who first spotted the block of ice and then mapped it using remote sensing techniques. The interesting part about a lake located under such a massive block of ice means that the water itself has never been able to receive sunlight, and despite this inhospitable environment that is a mixture of freezing temperatures and complete darkness, there have been studies conducted that have revealed signs of life in the gloomy area. Obviously the thick ice covering makes this lake too hard to explore, and despite some previous attempts with hot water drilling, it has been decided not to conduct extensive research involving antifreeze and other scientific substances due to the risk of contaminating the water.

Northern Patagonia is thought to be one of Chile’s wildest landscapes. With an ice field that is one of the largest on Earth outside of the Polar Regions, it’s so surprise that this harsh climate is just a little too difficult to explore. Home to temperate rainforests, hot springs and gigantic glaciers, exploring Northern Patagonia would be a test on the human condition. In fact, this place has only been accessible by highway since the eighties! 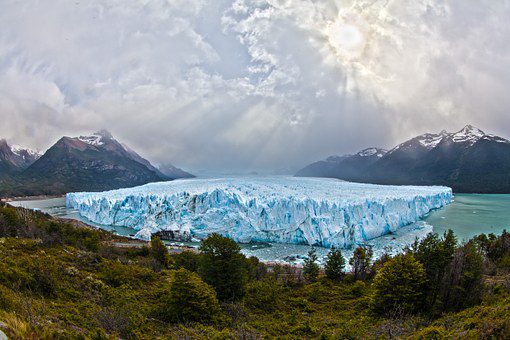 Bhutan is home to Gangkhar Puensum, an awe inspiring 7,570 metre mountain. Although it is hard to grasp whether or not mankind has been to certain areas without modern explorers going to see for themselves, it is pretty safe to say that we have not yet conquered this peak. Gangkhar Puensum was actually totally unknown until around 1922, and even after that the mapping done of the mountain was so incorrect that the first expedition weren’t even able to find it. Gangkhar Puensum has a lot of religious beliefs surrounding its existence, and as a result the Government closed the mountain to climbers entirely in 1994, making it to be forever undiscovered (or at least in our lifetime).

Mount Roraima is the highest mountain of the Pakaraima chain in South America, sitting on the triple border of Venezuela, Brazil and Guyana. Aside from the steep slopes and general conditions that make a mountain hard to explore, this undiscovered beauty holds extra difficulty due to the permissions needed to be obtained from the triple border. The indigenous Pemon hold many beliefs surrounding this mountain, including that it was once hosting a tree that produced all the fruits and vegetables in the world. It is thanks to these ancient beliefs that make this mountain somewhat sacred, thus increasing the difficulty of obtaining permissions. First explored in 1884, the original route is still used to climb Mount Roraima today, but much of its natural beauty outside of this trail is still unchartered and preserved in its original glory.

Most of us are well aware of the uncontacted tribes of the Amazon. It is almost incomprehensible that there are at least 2,000 indigenous people living in this region of Brazil who have never had contact with – and perhaps are even totally unaware of – the outside world. These tribes, of which there are estimated to be 14 in this region alone, live completely autonomously off the land and are thought to operate as the first humans on Earth had. When you look closer into Vale do Javari, it becomes easier to understand how such a thing is possible. One of the most isolated corners of the globe, covering a land area larger than Australia surrounded by rivers that often experience flooding and currents that make it almost impossible to travel to. The area is protected by a federal agency that makes it illegal for any foreigners to invade and make contact with the tribes. 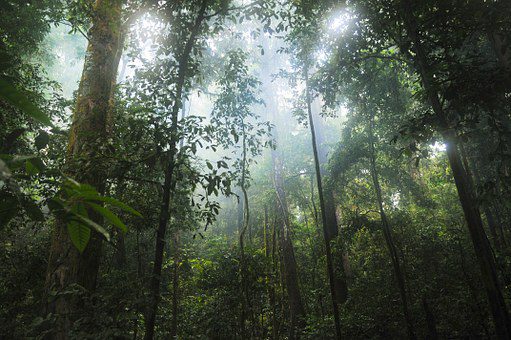 How exciting is all of that? I can feel the curiosity buzzing through all of our brains about what could possibly lie beyond these depths. While it’s safe to say that there is no way we’ll really be able to find out, there are still a lot of hidden secrets in the world that while they most certainly are chartered, they’re still just out of reach of common knowledge and bring just as much excitement and awe when we stumble into them. In fact, some of them are right here in Sydney and Melbourne!

Here at Adventure Clues, we can lead you right to them with all of the mystery and hidden charm that the world has to offer. Step back in time as you follow our mapping techniques to find hidden laneways, eateries, parks and more – your own little piece of the undiscovered Earth.