The World’s Most Epic Treasure Hunts

The World’s Most Epic Treasure Hunts

Planet Earth is filled with some mysterious and magical places, and for every amazing space that’s begging to be explored, there’s a group of brave humans ready to set out for the task. When we think of treasure hunts we often think of pirates and ‘x marks the spot’, but there are some treasure hunts that have taken place throughout history that blow them out of the water (pun intended). Here are three of the most epic ‘treasure hunts’ that mankind has conducted that we at Adventure Clues think are worthy of the read.

Since we’ve kicked it off with the thought of pirates, why not start with the discovery of the Whydah, Captain Samuel Bellamy’s pirate ship. He was one of the wealthiest and best-known pirates of the Golden Age of Piracy. In a pirate career that last little over a year, Bellamy and his crew captured at least 53 pirate ships, greatly adding to his wealth and legacy.

The biggest ship he captured and kept was known as the Whydah, and only two months after this capture, Whydah capsized killing the entirety of the crew bar two men. Holding all of the bounties of the decade’s wealthiest pirate, this was a shipwreck that was sure to be renowned. Despite the shipwreck happening in 1717, it was not until 1984 it was found by underwater archaeological explorer Barry Clifford.

Although most of the wreck is still thought to be on the ocean floor, Clifford discovered enough of it to have it fully verified as authentic, and to this day it is still the only verified discovery from the Golden Age of Piracy. The value? Who knows, but Forbes lists Bellamy as the highest-earning pirate of all time, having plundered up to $120 million worth of treasure! Since most of this wreck is still unaccounted for, there’s really nothing stopping you from diving deep and finding it for yourself.
Read more about the hunt, Sam Bellamy and the controversial Barry Clifford by clicking this link. 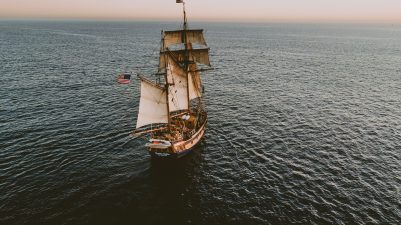 The Hunt for the Nazi Gold Train

The Nazi Gold Train concerns a series of underground tunnels that were used for transport during the Nazi-era of Germany. The theory is that when the Red Army advanced on Wroclaw during World War II, Nazi generals filled what is now known as the Gold Train with some of the most precious cargo available to them; namely 300 tonnes of gold, jewels, and artwork. The Nazi Gold Train was driven into the tunnels and it’s supposedly still there. While these tunnels definitely exist (you can still visit them now) and Nazi’s were renowned for hiding artwork, there’s no documented evidence of the train itself – but this hasn’t stopped people from searching.

Two men, Piotr Koper, and Andreas Liechter claim to be aware of the location of the notorious Nazi Gold Train and have been searching for it since 2015 but it was an accidental discovery by Piotr in January 2019 that really stole the show. While helping to renovate a property, Piotr uncovered 24 priceless renaissance portraits buried in the walls of an old palace. Since the images depict early Holy Roman Empire ruler Ferdinand I Habsburg, it is thought the images date back to his reign in 1558 – 1564. So while this discovery is mind-blowing, it’s worth noting that the mysterious Nazi Gold Train is still yet to be uncovered, so if you’re planning a trip to Poland any time soon then this might be an activity worth engaging in.

How’s an accidental, priceless discovery for a treasure hunt turn out? You can view images of the paintings and read more about the story here.

The Copper Scroll of Treasures

The Dead Sea Scrolls are a series of ancient scrolls written in Hebrew (among a few other languages such as Ancient-paleo Hebrew) and they detail Jewish religion. They’re manuscripts that were discovered in the Qumran Caves on the Northern Shore of the Dead Sea. There are over 800 documents, consisting of more than 50,000 pieces – with the longest intact scroll being eight metres long. Pretty impressive, right? They date all the way back to the last three centuries of BCE and are mostly written on parchment, but there is one scroll with a very distinct difference to the rest. The Copper Scroll of the Dead Sea is carved on, you guessed it, copper, and instead of detailing religious beliefs it is somewhat of a treasure map. The Copper Scroll lists 64 locations, 63 of which supposedly contain treasures of silver and gold and the last location leads to another scroll that is yet to be found. Dating on the Copper Scroll is inexact, and it was found at a different time to that of the other Dead Sea Scrolls, so it’s not guaranteed that this scroll was written by the same group. However, there are people all around the world that understandably still believe the scroll is worth the hunt! The scroll lists directions and the total estimated value of all of the treasure on the ‘map’ is at over $1 billion. Archaeologists, expedition leaders and ‘grave robbers’ alike have been hunting for this treasure for years, and it’s said that the Copper Scroll has sparked the biggest treasure hunt in history.
Since there’s no specific starting point on the map, it’s actually impossible to follow the directions accurately. This is good news for any treasure hunters out there because it means the treasure has never been found. Up for the challenge? You might need an excavator, but you can read more about the scroll here. 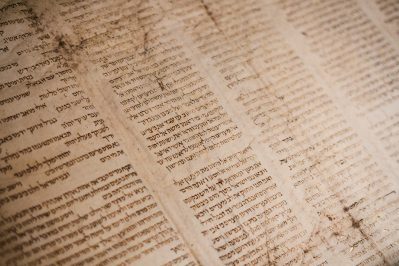 Of course, we don’t all have the means to jet-set across the world searching ocean floors, traverse maze-like tunnels and dig up ancient plots, but that doesn’t mean you can’t find your own hidden treasures on an epic scavenger hunt. One of the best things to do in Melbourne for adventurous individuals is an Adventure Clues trail, where you can find hidden places, uncover beautiful artworks and join in on some secret club-style speakeasy fun. With four exciting trails throughout Melbourne and Sydney that are uncovered in true treasure hunt style with cryptic clues, you can let your adventurous side shine with Adventure Clues. Pick a trail here and let your friends know that you’re the next Barry Clifford, uncovering the wonders of Sydney and Melbourne.