The 7 Secret Sydney Spots Even Most Locals Don’t Know About (Hint: Most are in the CBD!)

Millions of locals and tourists mix together in the hottest bars and under the summer sun in Sydney. From the brilliantly photogenic Bondi to the instantly Instagram-able Opera House, the fabulous and iconic sites are known to all but unfortunately have the crowds to prove it. Yet even in one of the most famous cosmopolitan cities in the world, there are still some secret spots that even most of the locals are unaware of that are just as special as all the others.

From art installations to parks, Sydney’s concrete CBD is actually the backdrop to hidden places that have the ability to make residents feel like they’re in a completely new city while tourists will discover treasures that most mainstream maps won’t lead to. Whether looking for a new place to enjoy a work lunch, an amazing bar to impress a new date or street to pose on for the perfect pic, there are so many secret fun things to do in Sydney!

Most lists like this contain Wendy’s Secret garden in Lavender Bay. But a garden you probably don’t know about is the one behind the MLC Centre in Martin Place. Nestled on the rooftop is a hip little garden hangout complete with ping pong tables. Visitors are able to chill out on picnic tables, read a book or simply unwind in the shade of the hanging vines away from the hustle and bustle of the city below. 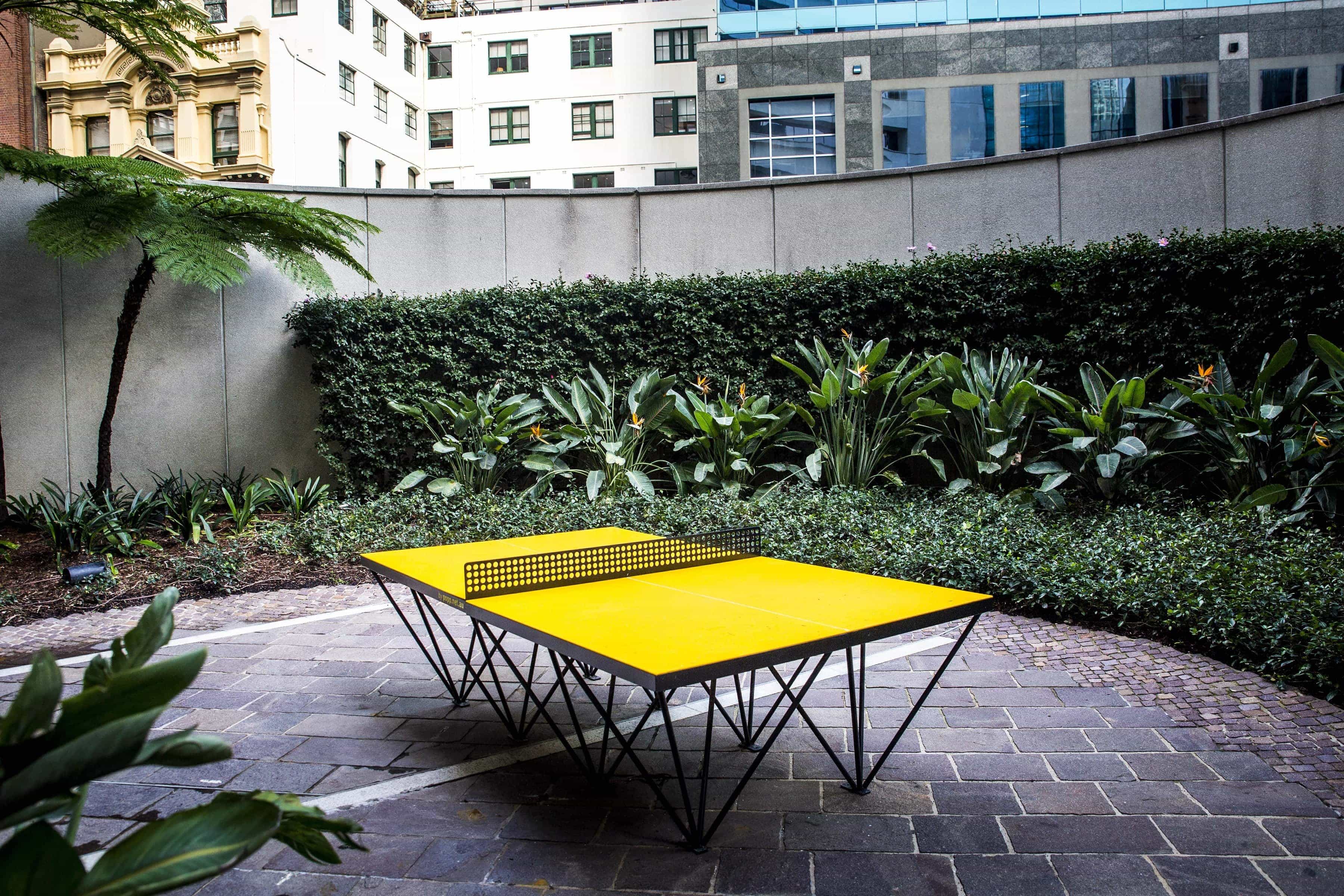 Thought to be the only building of it’s kind in Australia and possibly the world, Wireless House was constructed in 1934 and installed with a radio. It was used as a meeting point in the park for Glebe residents (many of whom couldn’t afford a radio) to socialize and catch up with the latest news. It is now a piece of contemporary art since it has been ‘sonically re-activated’. The house can detect visitors on approach and randomly selects audio sequences. It is also the City’s first outdoor internet hotspot.

Foundation Park in the Rocks is inconspicuous to the naked eye. Head through one of the historic terraced houses in the Rocks and you will stumble upon this gem of a place. It is a collection of housing remains dating back to 1874 that has been transformed into an outdoor art installation, complete with oversized tables and chairs. The park was completed in 1972 and contains the ruins of eight houses that were progressively built into the sandstone cliff face between 1874 -1878. Top Tip – head into the park and see if you can see the old square fireplace etched into the cliff face and the perilous steps leading to nowhere. 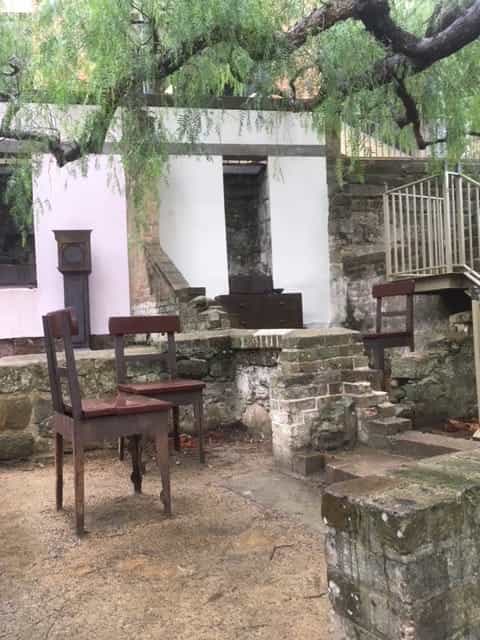 Art and history collide in a tiny alleyway. Dubbed Underwood Street, the name is actually quite literal thanks to a hanging Eucalyptus Tree hanging ten feet above the ground. The art installation is a collaboration between the National Art School and developer Mirvac and aims to bring admirers closer to nature while staying in the center of the city while also honoring the Indigenous communities who once upon a time called the streets home. 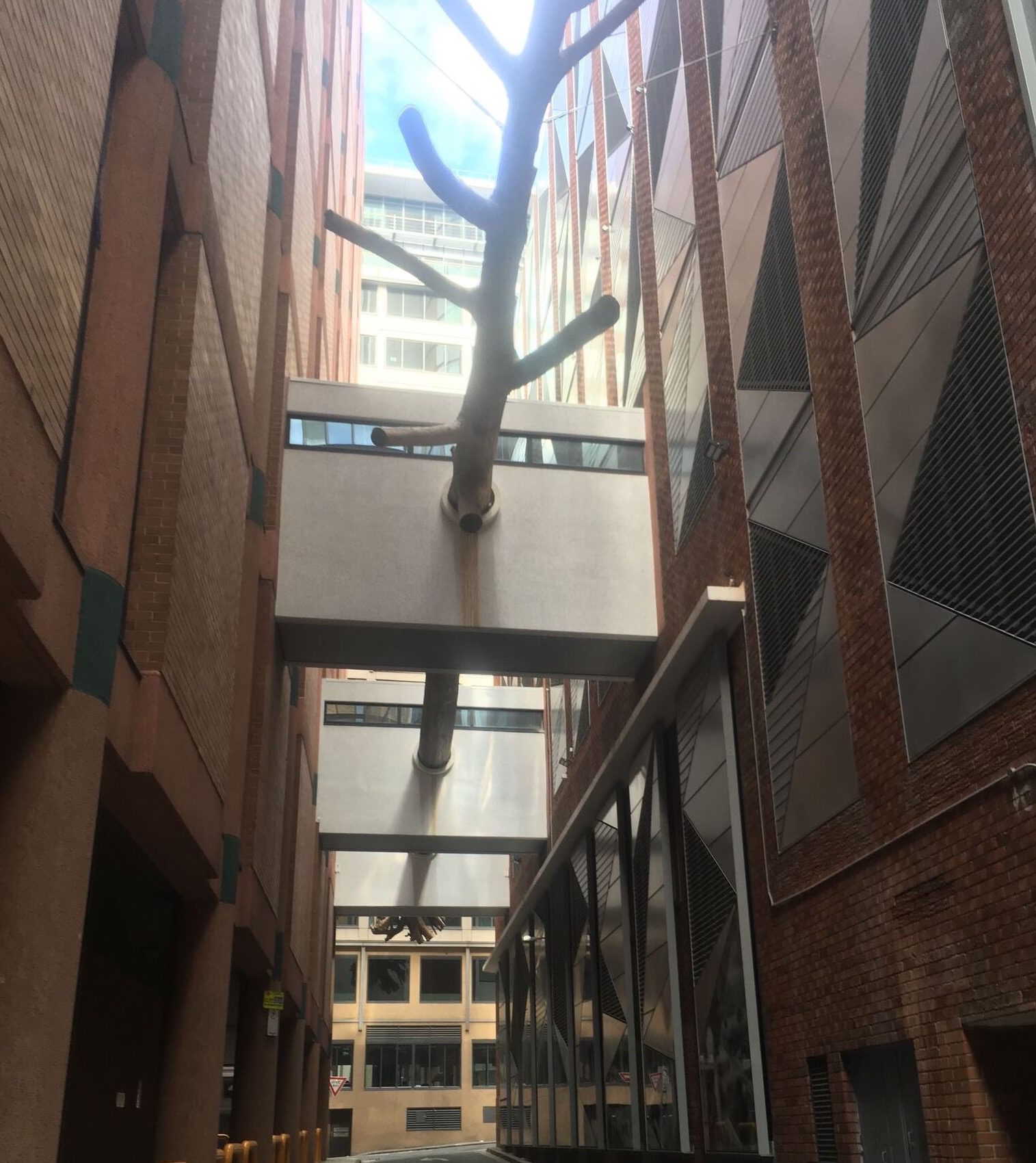 It’s one thing to have the VIP table in a bar, but it’s quite another to be so VIP you’re one of the few who knows there even is a bar. Door Knock Bar is a hark back to the SpeakEasy bars of 1920’s prohibition in Chicago and New York, where the identity of the establishment was hidden out of fear of prosecution. Now, it’s just a fun gimmick that allows revelers to feel extra special by having to first locate the venue (it’s beyond a Fire Door off of Pitt Street and marked with a large brass pineapple) and then know the secret code. The hint is in the name and knocking just three times will open up to a unique drinking experience that will make your next date seem extra special.

The hidden birds – The distance from your heart

Getting sunshine and experiencing art is usually not something you can experience simultaneously. But British artist Tracey Emin has created an interactive art installation along Grovesnor and Bridge Streets, were getting some culture and a tan is completely possible. Featuring 67 bronzed bird sculptures hidden in otherwise regular surroundings, the art is entwined in the surroundings of the city and could be completely missed if you don’t know about it. The trick is to try and spot them all, creating a fun game to play with kids or friends when the conversation has dwindled. 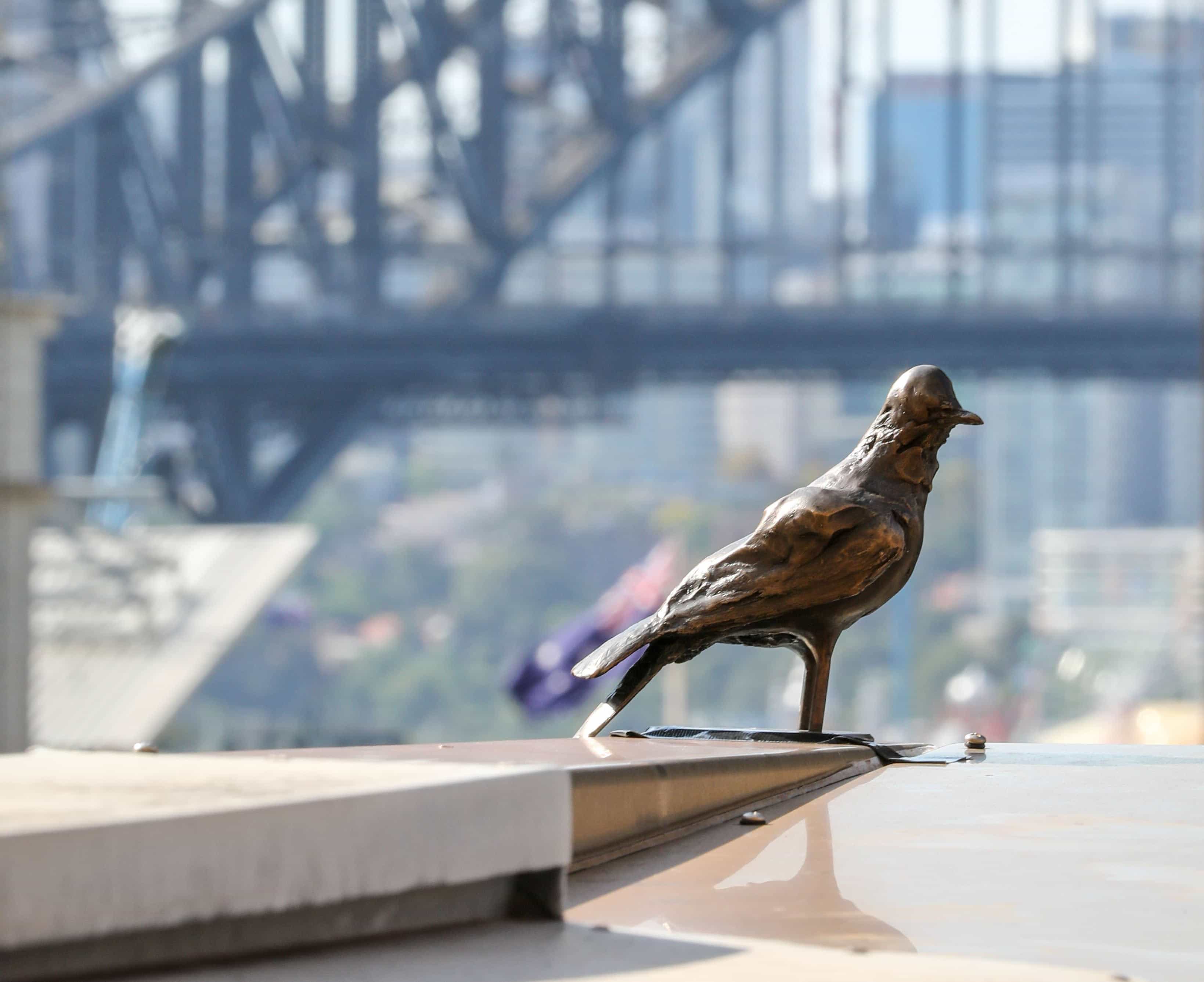 Going even further underneath a train station doesn’t particularly sound like a great way to spend a few hours, but the lake and tunnels below St James Station are something surprising that make the effort very worthwhile. In the heart of the CBD and edge of Hyde Park, a tour through a non-descript door opens into a world from yesteryear. Unfinished tunnels and train tracks started in the 1920s but never finished because of the great depression and World War Two are now a maze of history carved out of concrete that could once double as a bomb shelter. The tour leads through the dark and desolate halls and finally culminating in an unbelievable lake just sitting under the city. The accidental watering hole is the result of water seeping in over years, and while it’s certainly not swimmable it certainly is stunning.

Whether visiting Sydney or already living in it, discovering something you wouldn’t normally do or doing something no one else does is all part of the fun, even if it’s just to boast to friends about how cool you are for being in the know. Even better, all of these secret places are actually some of the best free things to do in Sydney! This world-renowned city is known for its cosmopolitan beachy vibes, but it has so much more to offer and it would be a shame to miss out on all its secret spots.

Adventure Clues lets you explore your city in a series of fun cryptic clues. Check out the Secret Sydney trail (coming very soon) to discover some of the above spots and more!