Secrets of The Speakeasy

Secrets of the Speakeasy

You may have heard the term ‘speakeasy’ before, but if you haven’t then don’t feel ashamed – speakeasies are a purposely kept secret dating way back to the 1920’s. So what is a speakeasy bar? Well, now a days when we’re talking about a speakeasy we mean a bar that’s a bit hidden. Commonly disguised as a different type of store, such as Stitch Bar in Sydney who’s storefront is a seamstress, with entry bringing you to a grand staircase that goes on to reveal a secret cocktail bar with amazing food.

The history of the speakeasy bar certainly alludes to the modern twist that we’ve got today – during the 1920’s and early 1930’s it was illegal to sell alcohol, also known as the Prohibition Era. In fact, consume alcohol during the Prohibition was legal, but since it was illegal to manufacture, sell or transport it – it was pretty hard to get a hold of anyway.  The Prohibition saw a lot of people moving underground, seeing bars disguised and hidden where they would sell alcohol that was often homemade, including moonshine. In order to mask the taste and smell, the owners of the speakeasy would mix the alcohol with sugars and sweeteners, bringing to life the cocktail story told in modern speakeasy bars. This was easier to hide from authorities, so often times when you enter secret bars in Sydney you won’t be offered a drink from a bottle but instead a variety of fun and enticing cocktails to mimic the vibe of the Prohibition Era.

Speakeasy bars weren’t the only ones to continue with the trade, with drug stores and pharmacists rebranding alcohol and selling it as a medicine. This was quite ironic, considering the death toll of tainted alcohol from backyard brewers was considerably high – suspected into the tens of thousands. So while the history of the speakeasy bar is super interesting and perhaps a little dark, the modern day secret bars in Sydney have all of the fun, food and delicious cocktails without the danger of imprisonment (or, well, death). There are a number of hidden speakeasy bars in Sydney, some of which you can stumble across on one of our Adventure Trails.

We’ve compiled a little list of the best secret bars in Sydney so you can conduct your own Sydney scavenger hunt, unlocking some of the best things to do and best kept secrets around the city.

1. Stitch Bar As we mentioned before, the Stitch Bar is aptly named as it appears to be a simple seamstress store. Featuring a classic cocktail bar and a rare selection of whiskey. Alongside their American diner style food, this might be a secret you won’t want to keep for long.

2. Palmer and Co Live music, black and white photographs lining the wall and an electric atmosphere that truly feels like you’re stepping foot into a different era! This hidden alleyway pub in Sydney is one of the most popular secret speakeasies, with an amazing range of cocktails and spirits on hand

3. Ramblin’ Rascal Tavern In traditional speakeasy style, the only indication of this bar is a door with three skulls as signage. A great range of whiskey and cognac makes this a favourite for bar hoppers everywhere, and the Ramblin’ Rascal Tavern has a goal of increasing Sydney’s appreciation for cognac, meaning you can find some of the best varieties here.

4. The Door Knock Bar is the ultimate throwback, being so hard to find in the first place, you must also know how to get in when you do get there! A large brass door knocker is placed on the door, and you have to knock three times to get in. The entrance alone throws you back into the Prohibition making this one of the most exciting secret bars in Sydney. 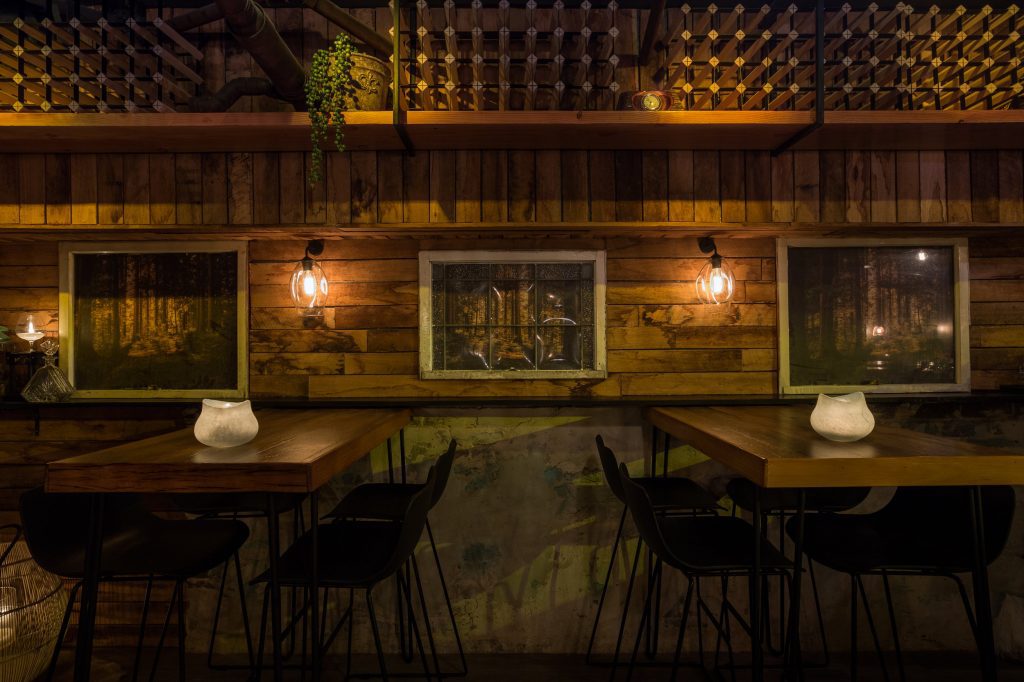 6. Papa Gede’s is an intimate atmosphere, held in what is best described as a garage. Cider, wine and cocktails is what you’ll find here in the small pub that channels New Orleans. 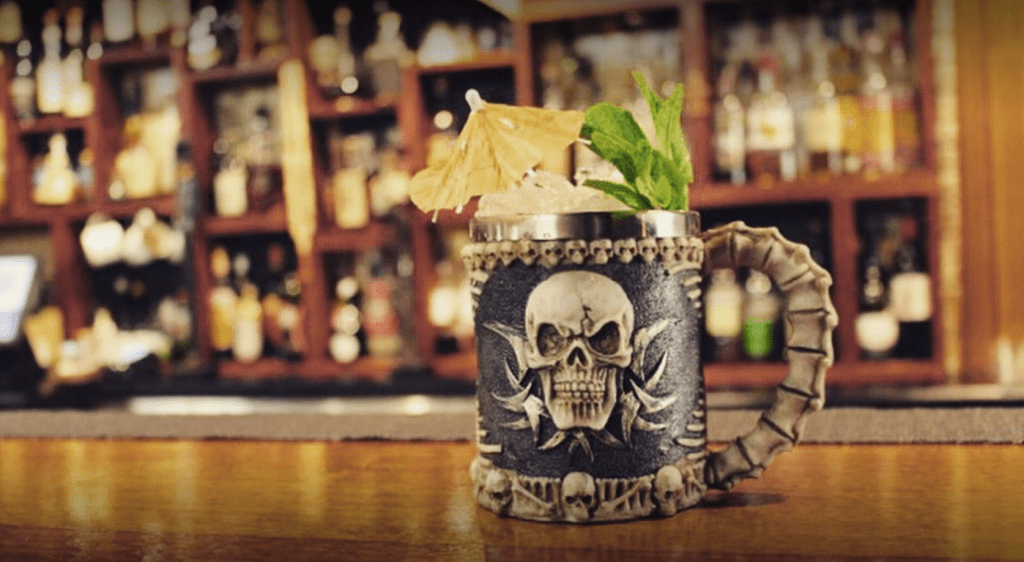 7. Old Mates Place While the discreet entrance to Old Mates Place is ground level, the four flights of stairs you have to travel up once you’ve entered sure do throw you off. Then, arrive at a bar that vibes with Prohibition, only to find another set of stairs if you’d like to enter the amazing roof-top bar. A sharp cocktail list and rotating menu of artisan foods will make your walk worthwhile!

8. The Swinging Cat The name itself gives off that old style vibe, but The Swinging Cat’s basement location truly tips it off. Drinks, food and jazz cement this New Orleans feel, and we’ve got a feeling the cured meats on offer will have you returning time and time again.. if you can find it again, that is 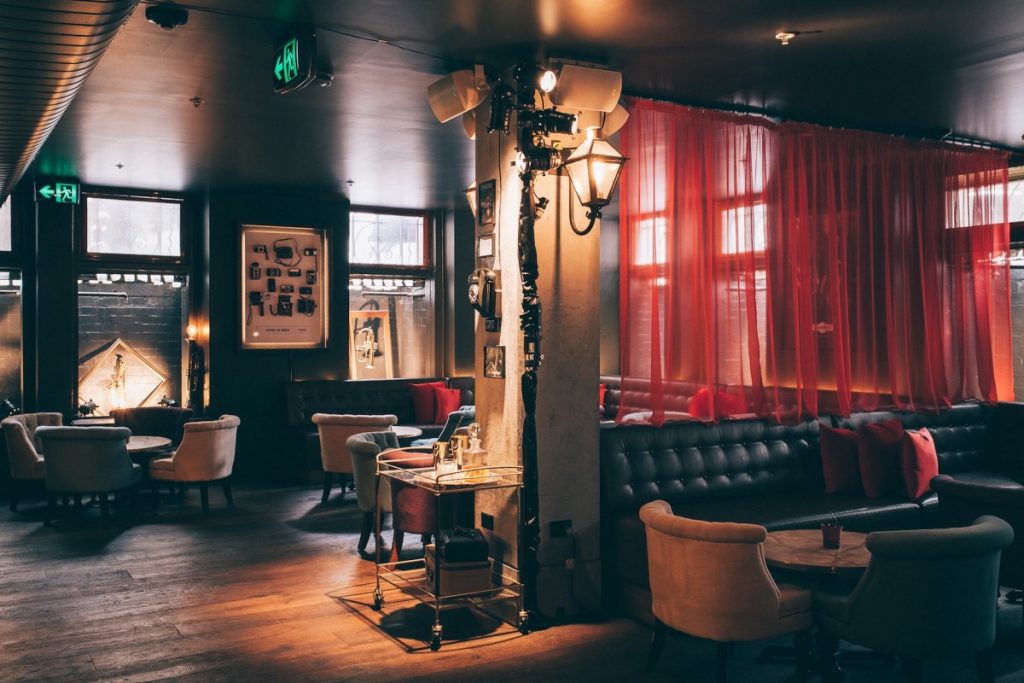 9. The Barber Shop Much like the Stitch Bar, this looks like something but it’s actually something else. Well, almost. The Barber Shop is genuinely a barber shop, with a fully functional barber area. Then, you go through the back to find the hidden tavern with an amazing selection of Australian beers and wine. It’s the ultimate front.

10. Eau de Vie A jazz infused speakeasy with serious 1920’s vibes – you’ll find a range of seriously amazing spirits here. You’ll have fun finding this one though, and have to stick to the way of the Prohibition people, maybe asking some locals about its location.

With 10 amazing speakeasies listed, you might be surprised to know that is only a glimpse of what Sydney has to offer. How will you ever find them all? Well, if you’re into a bit of a Sydney scavenger hunt, over here at Adventure Clues we’ve got some pretty exciting trails that will lead you right to some of the hottest secret bars in Sydney (but you’ll still have to look around, of course). Don’t worry, we keep it mysterious as one of the most fun things to do in Sydney, we operate solely on clues!

So what are you waiting for?

Book in a Secret Sydney adventure to uncover some hidden Sydney speakeasy bars, and a few more hidden gems you probably didn’t even know existed. So a fun Sydney scavenger hunt with the chance to stop in for a few refreshments, artisan food and nice cocktails? Not to mention, maybe unlock your new regular spot – check out our trails now to see what else you can learn about this magnificent city!