Our goal here at Adventure Clues is pretty simple. We want people to have a fun time exploring cities. 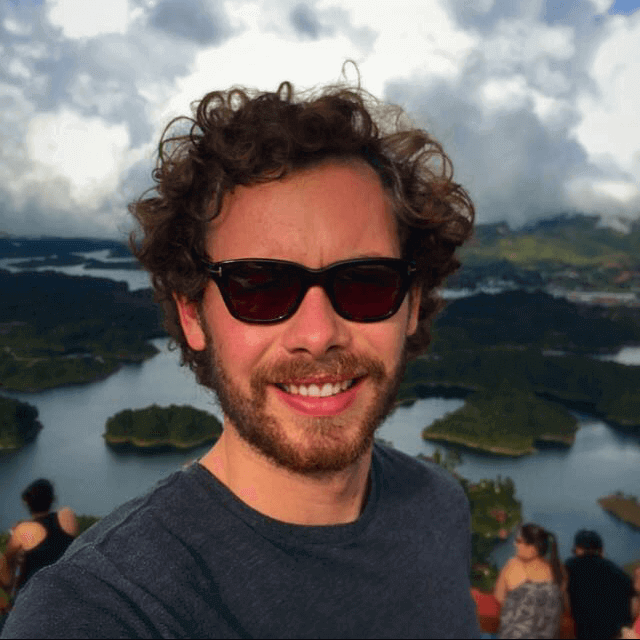 Adventure Clues was started by Sam in 2018 after seeing a real need to improve how people can explore places. He is a keen traveller and has lived in various parts of the UK along with Madrid and Sydney.

The Story in Sam’s words –
I had recently arrived in the country from the UK to live in Australia. To get a feel for the place I was about to call home for the next few years, I decided to do a walking tour of the city. I went along eager to learn and discover more about this amazing place. The tour began well with some interesting facts. It soon, however, became uninspiring after listening to the tour guide talking for what seemed like forever. We had hardly moved from the same spot!

Eventually, I left the tour feeling like I still needed to explore the city further and uncover all its gems in a quicker and more efficient way. This is what led to the creation of Adventure Clues. It was the catalyst to start something unique and with the vision to help others to never be uninspired again when exploring a city. But how could it be done?

I have always been interested in creative thinking and have always liked crosswords  in my spare time. That’s when I had the ‘lightbulb moment’. What about creating a trail of cryptic clues around the city to uncover the best parts? The parts that even the locals don’t know about.

Working with a small but talented team of tech developers we managed to create a clever web application that is fun and easy to use. Fast forward to today and we also have a small happy team of clue setters whose job it is to go out in the city and find the coolest spots and hidden secrets just waiting for you to uncover’.  Who would have thought that first initial city tour would actually turn into something rather successful?

*Update – With Covid-19 changing the world, our tours have continued to thrive. And our latest initiative involves helping travel businesses back on their feet by enabling them to use our software. We are really excited about this venture. See here for more info.

In order for you to have the best experience possible, we follow these core five values in the services that we offer and how we go about our work.

Have Fun
Believe us, going about the city, exploring hidden places and solving clues is fun. In fact it’s as if you’re the star of your own spy thriller. We have incorporated time challenges and leaderboards to add that extra competitive twist.

Learn
We believe that the best way to learn is to have fun doing so. Cryptic Clues are fun, and are even more fun when they lead you to new and exciting places. Gamification of learning experiences is really on trend at the moment. Think about it, Adventure Clues is a lot more fun than just reading a map.

Friends & Family
Here at Adventure Clues we are all friends and really enjoy our work. It’s only natural that we design our trails with friends and families in mind, because the best times in life are those spent with loved ones.

Inclusivity
Adventure Clues is not only for friends and families. It is also for The Intrepid Solo Travellers, The Love-Struck Couples, The History Nerds and the Competitors.

Adventure
We like this quote as it sums Adventure Clues up so well: ‘’Adventure is worthwhile in itself.” – Amelia Earhart

As always, if you have any questions or suggestions please get in touch. Our friendly team are here to help. We hope you enjoy playing Adventure Clues!